Today the very first copies of The Gathering of Chaos went out to beta readers! Yaayyy! As you can see, these are definitely the low-rent version of ARCs. Can I even call them ARCs? I’m going to. They can’t stop me. 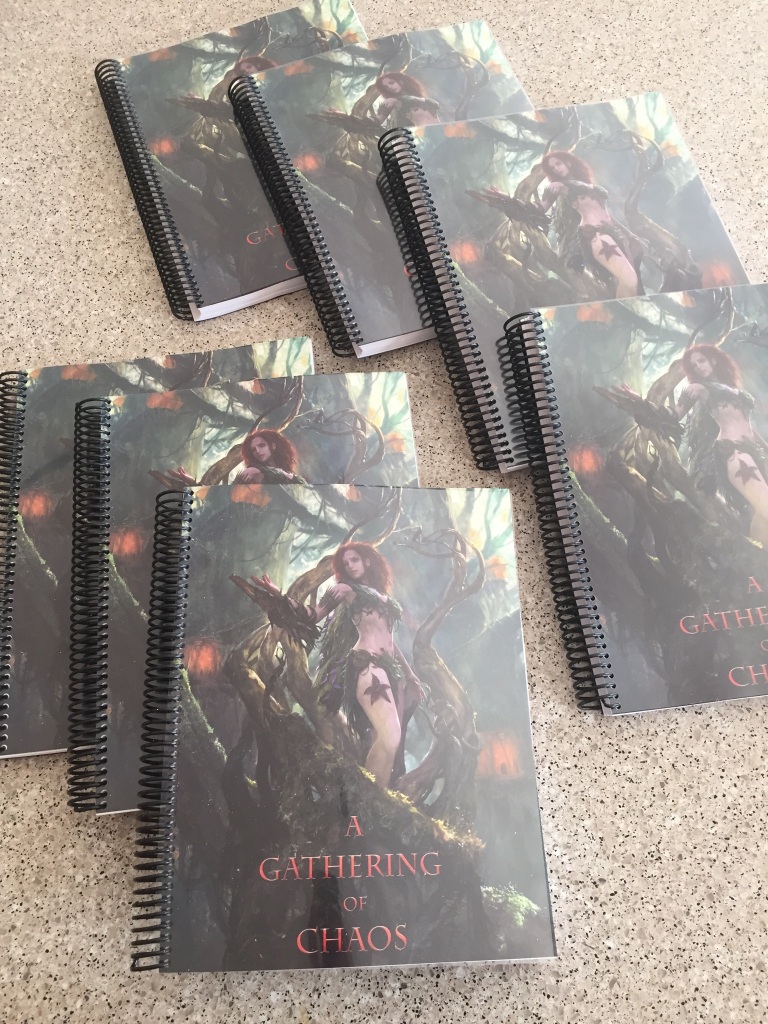 Uhhh… you may notice a discrepancy in the title there. Is it A Gathering or The Gathering? That’s an excellent question, and I haven’t decided the answer. I’d love your input if you have a preference.

The art, while totally awesome, is a placeholder drawn from the Asunder RPG worldbook. I don’t have a character that looks like this. What you’re seeing is a priestess (or Hand) of the Joining of Gaia, an earth cult that’s centered on one of the islands not far from the mainland.

I do have a Hand of the Joining as one of my four main characters, but she’s older, and way meaner. She might just be my favorite of the bunch.

I always wondered how I’d get beta readers. The answer, as it turns out, was to do nothing. Huh! A guy named Adam, one of the creators of the Asunder RPG and who happens to also be one of my oldest and dearest friends, is connected to a couple of book club groups out in LA, and they’re all 20-and-30-something fantasy and sci-fi fans. He didn’t have to push hard to get them to agree to give feedback on a book nobody else has yet. Pretty cool!

I also sent out query letters to a handful of literary agents this last week, which was ridiculously nerve-wracking. I know it’ll be weeks before I hear anything, but that’s not stopping me from obsessively checking my email. Seriously, this is like grad school applications all over again. Why am I doing this, again? (Oh, right: because I hate doing scientific research and would way rather write fiction. I knew there was something.)

2 thoughts on “The book goes out to beta readers”